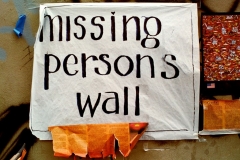 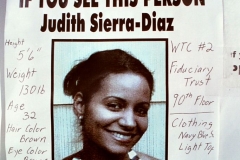 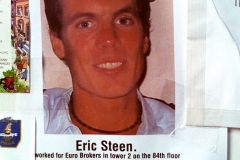 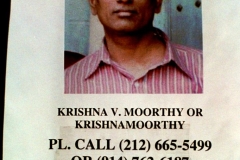 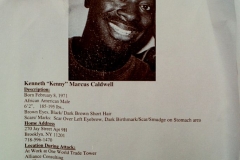 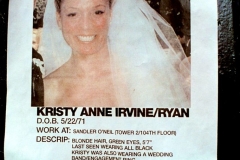 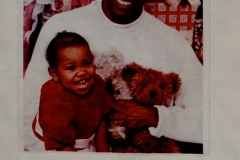 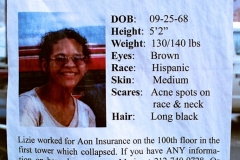 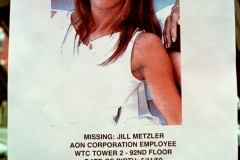 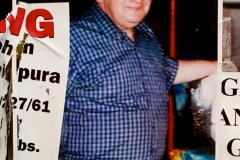 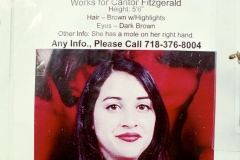 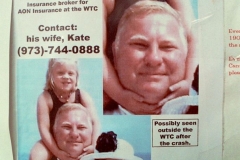 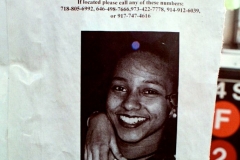 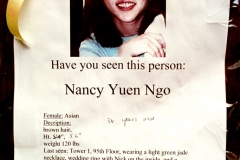 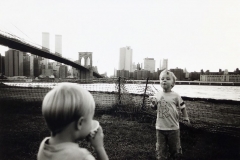 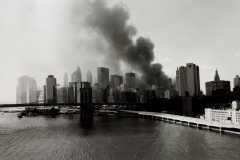 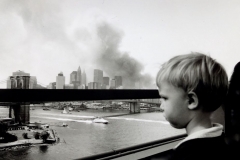 I happened to be in New York with my wife and son, when the terrorist attack happened. Two planes hit the towers of World Trade Center, when I was walking the streets of Manhattan with my 3-year old son. The evening before we had spent some time with New York friends – under the Brooklyn Bridge, with a great view of the World Trade Center Towers. 24 hours later they were gone forever. During the following days thousands of leaflets of missing persons were posted at the entrances of subways, shops and public places. I shot about 250 images of them. Some more days later it was clear that they were all killed during the attack – around 3.000 people.