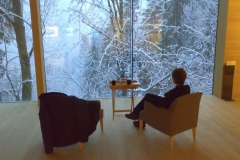 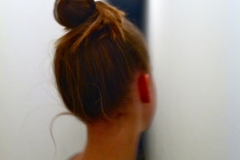 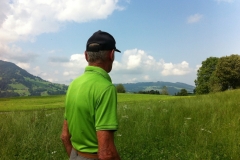 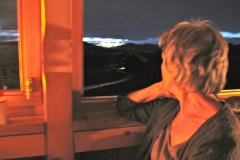 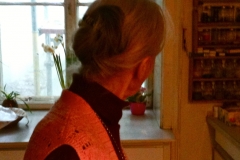 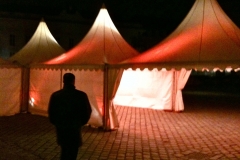 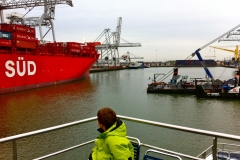 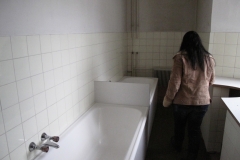 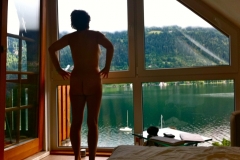 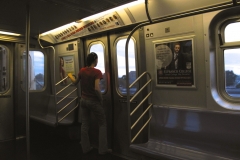 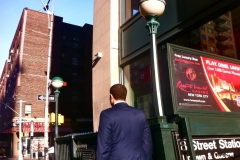 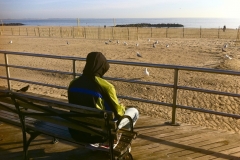 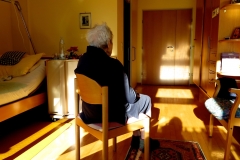 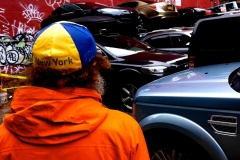 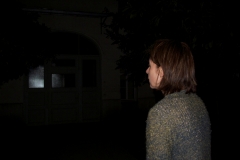 In spring 2015 I was browsing through my pictures and discovered, that over the years I had taken several portraits of people not face-to-face, but from behind – in very intimate or life-changing moments, joyous and sad ones. It was only after I realized that, I started actively looking for such situations.

In one picture, a mother remembers her daughter’s suicide ten years before. In another, a woman for the first time revisited the cloister where Catholic nuns had tortured and raped her during childhood. One portrait shows my ex-wife after she was diagnosed with Parkinson´s disease at age 49.

There are also good moments: My stepdaughter´s first day of high school in a foreign country; my mother after she fell in love when she was 94; my son celebrating his 13th birthday at the harbor of Rotterdam/Netherlands, very meaningful for him; my naked wife gazing at a sunny lake during our honeymoon. I almost always took the pictures on the very day when these things happened.

This series is all about life and reflection about it. When you look at the portraits they also make you think as a viewer – about your own life, your own special, intimate moments, good and bad. How was it? How would I feel or react in such a situation?