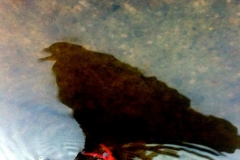 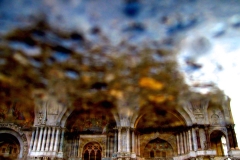 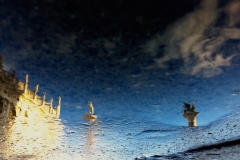 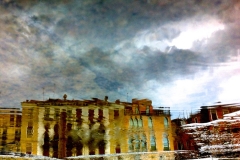 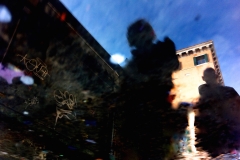 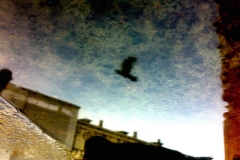 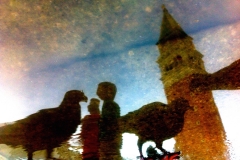 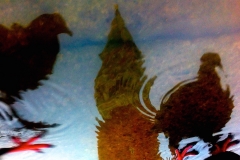 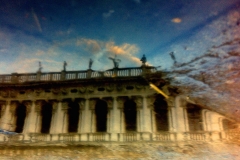 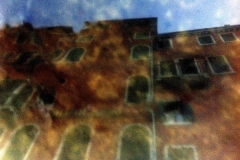 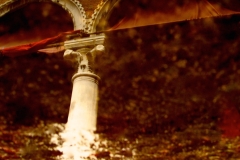 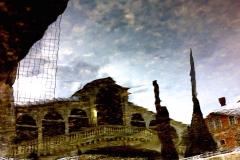 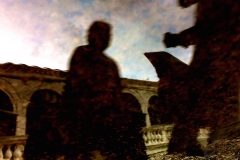 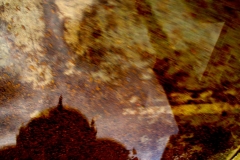 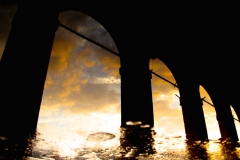 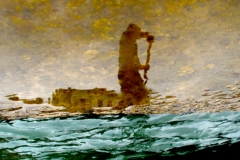 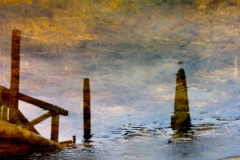 These pictures show an apocalyptic vision. Venice is falling apart, set on fire and flooded. Even the people seem to stem from another place and another age. In the end monstrous pigeons and bizarre human creatures are ruling. In art there is a famous tradition of such visions, best known by the scenarios of the Renaissance artists Hieronymus Bosch or Peter Bruegel the Elder.

I took these pictures after heavy rainfall or acqua alta – they are reflections of the cityscape in puddles: Windows to another world. The eerie colors and shapes are caused by debris, mud, leaves, undercoating, dirt and wind. To show them in the gallery, I turn them upside down. With this tiny trick you see them not as reflections, but as bizarre realities. Fourteen of them will be on show at “Soho Photo Gallery” in New York in December 2017.